Clarke Energy has become one of the latest member of the UK Government’s Northern Powerhouse partnership programme joining a network of over 300 other northern companies. The programme is seen as an essential part of creating the Northern Powerhouse, designed to drive economic growth in the north via investments in skills, innovation, transport and culture. 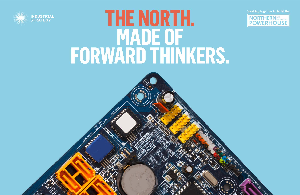 In addition to their successful international trading strategy, Clarke Energy continues to invest heavily in their onsite facilities at their northern headquarters, based in Knowsley near Liverpool. The business is announcing it has conducted a full refurbishment the onsite gas engine Overhaul and Repair Centre. The refurbishment was planned in order to optimise the efficiency and processes of the centre, which in turn increased the number of Jenbacher gas engine overhauls that can be completed by the service team throughout the year.

In support of Clarke Energy’s in house training schemes and apprenticeships scheme, Clarke Energy’s service department have just completed the installation of a fully operational onsite training engine, to be used by both trainee customers and Clarke Energy staff. This supports the existing gas engine simulator and international training centre at the Knowsley headquarters.

Having an engine on premises allows trainee engineers to test new skills under expert supervision in the real world without fear of causing customer engine downtime. Clarke Energy’s own field service apprentices were involved in the stripping down and rebuilding the engine as part of their training to become the Clarke Energy engineers of the future.

Minister for the Northern Powerhouse, the Rt Hon Jake Berry MP, said:
“I’m delighted to welcome Clarke Energy as the latest member of our ever-growing network of over 300 Northern Powerhouse Partners, all working together to realise the North’s economic potential as we prepare to leave the European Union on October 31st.

“As an international specialist in high efficiency, low carbon and renewable energy power plants, Clarke Energy are well placed to support our vision for a thriving, prosperous and green economy in the North West – backed by over £332.9 million of investment in the Liverpool City Region from the Government’s Local Growth Fund.”