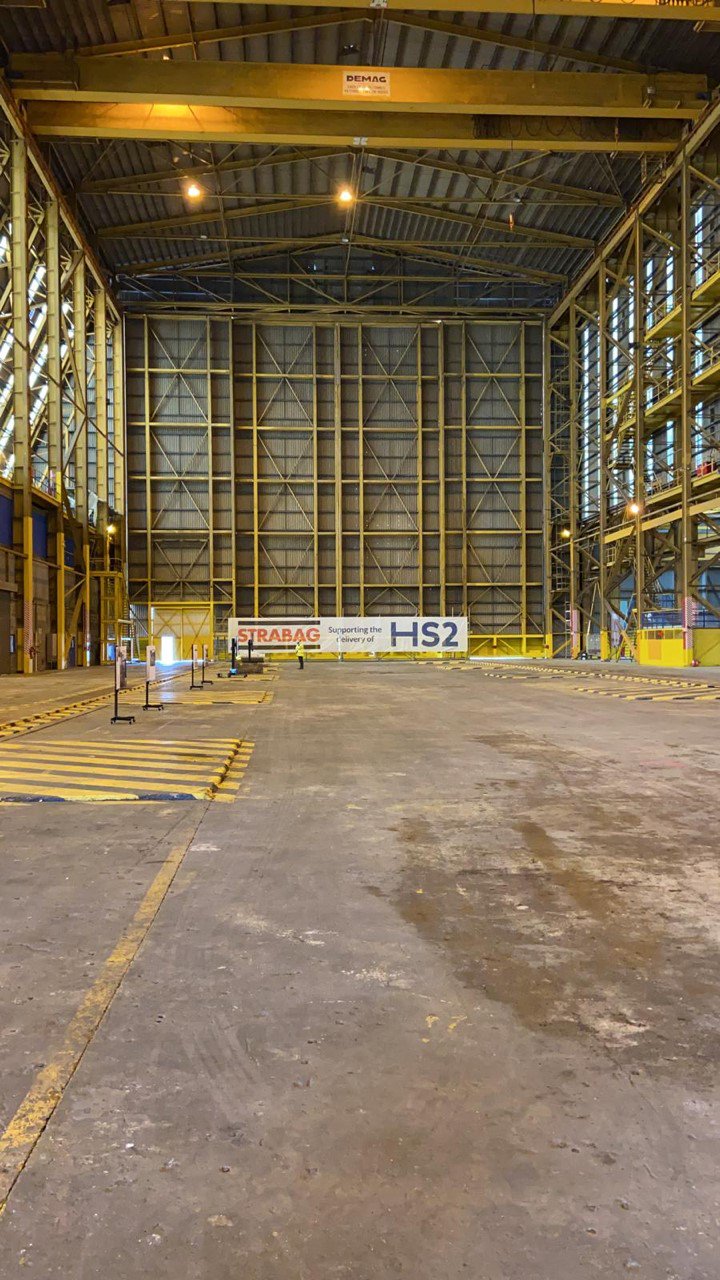 After a party conference speech last week in which the Prime Minister celebrated the Hartlepool by-election, and described levelling up as “the greatest project any government can embark on”, it is perhaps fitting that today we are announcing a major investment to boost and level up Hartlepool’s economy and to set it on a path for future prosperity.

As part of a contract to manufacture concrete tunnel segments for HS2, a brand new factory will be built by construction company STRABAG at Hartlepool docks, creating more than 100 jobs. Work on the site, which was once used for oil rig fabrication, will begin in January, with production of the tunnel segments following in December 2022. Further jobs for local people will be generated in the supply chain.

It’s another example of how our unprecedented infrastructure programme is benefitting regional economies, and how the North is competing effectively for inward investment.

The new factory’s location, with excellent rail and sea connections, means it is well placed to be used beyond HS2 for both domestic and international projects. The lease of the site in Hartlepool will be signed for several years, demonstrating STRABAG’s long-term commitment to manufacturing in the North East.

Construction work will start by redeveloping surrounding land to prepare storage capacity and rail links. The focus will then turn to the manufacturing plant itself, which will house a state-of-the-art automated carousel and reinforcement hall. Robots will be controlled by telemetry to produce the high quality reinforcement cages required for each concrete segment.

The segments will be destined for twin bored tunnels running under London from HS2’s new Old Oak Common station. All 36,000 segments, weighing 7 tonnes each, will make the journey south from the Hartlepool factory by rail, with the first delivery arriving in April 2023.

The history of Hartlepool’s docks goes back well over 200 years. The proximity of coal fields and the area’s pioneering role in the growth of the railway both contributed to the rapid expansion of the docks in the 19th century. Such was Hartlepool’s importance that it was the first place on British soil to be attacked by German warships during the First World War. Amongst the casualties was Theo Jones, the first soldier to die on British soil in the Great War.

Now it is this Government’s biggest priority to lay the foundations for economic renewal in towns like Hartlepool, and across the North. As the Prime Minister made clear in his speech, transport is “one of the supreme level-uppers,” providing the connections that link people with jobs and businesses with markets. That is why we are continuing to invest in better road infrastructure throughout the Northern Powerhouse.

For example, we’ve just opened the £30 million A69 Bridge End upgrade near Hexham, Northumberland, which has seen a new stretch of dual carriageway built under the existing roundabout and the construction of two bridges to form a new junction.

This vital route between Newcastle and Carlisle provides an arterial link between the north east and north west of England and is heavily used by hauliers and commuters. The section between Hexham and Newcastle is particularly busy, so the new road will tackle congestion, and save regular commuters up to an hour of driving every week.

This week we’re also pioneering a world first on the £1bn A66 project to dual the route between the M6 at Penrith and A1 at Scotch Corner. We are the first country to use cutting edge technology allowing the public to hear anticipated noise levels of traffic on the redeveloped A66 as part of the consultation.

Design company Arup’s innovative SoundLab system is giving local people a unique opportunity to hear the sound of the road with and without proposed improvements to minimise noise, such as special road surfaces and sound barriers. Not only is it an easy way for communities to learn about the noise impacts of the project, but it’s also saved significant taxpayer investment measuring and recording sound in hundreds of locations.

There’s been a lot of discussion of the meaning of “levelling-up” recently but these measures are at the crux of what we want levelling-up to be about for people across the North but especially in Hartlepool.

We are putting the everyday experience of people first, words are all well and good but we know it’ll only mean something if we take action, create jobs and drive economic growth. When the Germans attacked Hartlepool the reason they did so, was because Hartlepool was at the forefront of our war effort, with opportunities abundant for residents. Now, thankfully during peacetime, Hartlepool has a bright future ahead of it once again.