International law firm CMS is pleased to announce that it has become a member of the government’s Northern Powerhouse partner programme, reinforcing its commitment to the North.

The Northern Powerhouse is Government’s vision for a more prosperous North with good-paying jobs for hard-working people, better roads and railways, higher-performing schools and world-beating universities.The Northern Powerhouse Partner Programme is an essential part of creating the Northern Powerhouse. Government is looking to build a network of partners who all believe strongly in the economic potential of the North, and support the need for a combined effort by government and business to realise that potential. There are currently over 300 businesses and organisations signed up to the Partner Programme. 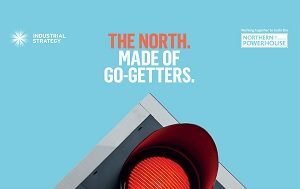 CMS partner and Head of North, Mark Haywood, says:
“With a strong foothold across Sheffield, Manchester and Liverpool, CMS is deeply invested in, and committed to, the North – a region with enormous energy, enterprise and potential. We believe strongly that the future of the Northern Powerhouse relies as much upon encouraging and nurturing our excellent companies, as it does on government support. We are excited to connect with like-minded businesses, organisations and institutions who share our vision and enthusiasm for the region – and work alongside government to promote its success and drive forward this important initiative.”

Minister for the Northern Powerhouse, the Rt Hon Jake Berry MP said:
“CMS is firmly rooted in the Northern Powerhouse with offices in Manchester, Leeds and Sheffield. It’s great to see them join our expanding network of over 300 partners as a demonstration of their commitment to continue investing in the region.”

“As one of the most prestigious international law firms in the North of England, CMS are well placed to support us in placing the Northern Powerhouse at the forefront of the global stage as we prepare to leave the EU on 31 October.”

CMS has doubled down on its commitment to its Northern offering over the last 12 months, appointing a string of new partners including Corporate partner Matthew Davies in Manchester and Real Estate partner Abigail Dry in Liverpool and acting for clients on many of the region’s landmark developments. These include the Mayfield Development Project, Circle Square and Manchester’s most ambitious housing-led regeneration project – the Northern Gateway – which is expected to generate more than £1bn of investment over the next decade.