NORTHERN POWERHOUSE AT THE HEART OF RUGBY LEAGUE WORLD CUP 2021

Northern Powerhouse Minister Jake Berry MP has welcomed news that around 9 in 10 (87%) Rugby League World Cup 2021 tournament games will be held in the North, exceeding the organiser’s original commitment to host 80% of the games in the North of England.

In 2016 the government committed £25 million towards the tournament and its legacy with up to £15 million pledged to support the staging of the event and up to £10 million for Rugby League’s facilities through large community projects, such as refurbishing changing rooms and installing new artificial pitches, as well as smaller-scale initiatives including supplying new kit or equipment to clubs.

A total of 16 northern towns and cities – including Newcastle, St Helens, Doncaster, Sheffield, Liverpool, Trafford and Hull – will play host to the tournament which will take place over five weeks in October and November 2021.

Leeds will host more games than any other city while Preston has been revealed as the tournament’s first training base.

The tournament is anticipated to host a million spectators and is set to be one of the most inclusive and diverse events ever hosted in England. The men’s, women’s and wheelchair Rugby League World Cups are to be staged together for the first time with all three finals being played in the North. 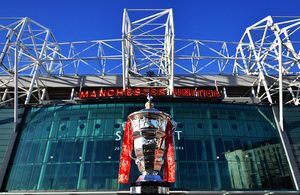 Minister for Sport and Civil Society Mims Davies MP said: “The UK is renowned for putting on some of the biggest and best sporting events in the world and the Rugby League World Cup 2021 will be no exception. This tournament will provide a stage for the world’s best players in the men’s, women’s and wheelchair game to shine in cities and towns across the country. It is an exceptional opportunity to grow the sport. We are investing £25 million to help put on a fantastic event, reach new fans and improve facilities, so the tournament leaves a real legacy.”

Chief Executive of the Rugby League World Cup 2021 Jon Dutton said: “RLWC2021 will be the sport’s biggest and best ever tournament and the Northern Powerhouse will play a pivotal role in helping to deliver this global event. For the first time ever, the men’s, women’s and wheelchair tournaments will be played concurrently and the North will stage all of the marquee events including all 3 Rugby League World Cup finals and the respective opening ceremonies. The Northern Powerhouse is the perfect setting to host one of world sport’s biggest and most inclusive tournaments.”

The Rugby League World Cup 2021 and their governing body the Rugby Football League, are official members of the Northern Powerhouse Partners Programme. This network of businesses and organisations share our vision to for harnessing the economic potential of the North, and support the need for the government and business to work together to achieve it.