Rail Reform: They Think It’s All Over 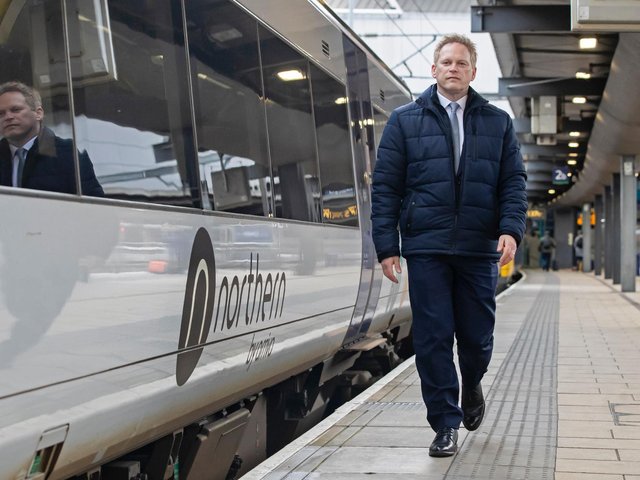 AS football fans once again headed to Wembley last week for the first major tournament game between England and Scotland in 25 years, I found myself gripped by nostalgia.

As the fans travelled down on quick, comfortable and clean trains, which are a far cry from those in 1996, I thought that when it comes to rail its stark, the improvements we’ve made and how far we’ve come.

I was first struck by this when I visited the National Rail Museum in York recently, surrounded by some of the crowning achievements in our long and proud rail history. The Mallard, the Intercity 125, the Rocket, to name but a few.

It’s a journey that I know has often been too focused on the South and left the North languishing in its wake. But that is something I’ve made it my mission to change as Northern Powerhouse Minister by putting in the effort to modernise, upgrade and improve transport in the North.

Renewing and expanding the North’s transport network isn’t just about investing in Northern roads and railways. We have to look at how transport knits the region together with the rest of the UK, and how specific projects around the country improve journeys for people and businesses in the North, particularly on the most economically important routes to the Midlands, London and Scotland

Take the East Coast Main Line for example, one of our most crucial, and oldest transport arteries, which connects Yorkshire and the North East with Scotland and London King’s Cross.

Last week we completed a vital scheme to overhaul the rail infrastructure approaching King’s Cross – all part of a £1.2bn upgrade programme to transform services and absorb future rises in demand.

Dubbed ‘King’s Uncrossed’, this complex project has replaced around four miles of track, 12 miles of overhead wires, and 50 signals. It will allow more trains to use the station, reducing congestion and making rail journeys more reliable for East Coast passengers.

At the same time, engineers have been building a tunnel and almost two miles of new line north of Peterborough so that freight trains no longer cut across the East Coast Main Line.

By diving underneath the East Coast route, the tunnel will allow high speed passenger services to continue unimpeded by slower freight traffic when it opens in the autumn. Further work is continuing to improve the power supply on the East Coast Main Line so we can introduce faster, quieter and more environmentally friendly electric trains.

Ultimately, the work moves us another step closer to completing a transformational renewal of the East Coast Main Line, which will deliver resilient and reliable transport connections for the 20 million passengers who use it each year.

Together with an improved West Coast line and HS2, we will have three world-class, North-South rail corridors spanning the nation, and providing the links that the North’s economy needs to compete and thrive.

Putting the passenger at the heart of the future of the rail network has always been my goal. We can achieve this by giving them the simple, affordable and stress-free railway they want to see, as well as providing the kind of reliable service Harry Kane could only dream about.

One such example of this is that from later this month, passengers will be able to use flexible season tickets to travel on the railway in England, offering most two and three day a week?commuters?savings compared with buying daily tickets or traditional seasons.

The new tickets are designed to fit in with people’s changing lives, particularly after the pandemic. The discount offered is dependent on the existing fares, which differ across the country, but?the flexible season ticket will provide a?minimum 20 per cent discount against the equivalent monthly season ticket.?They go on sale today.

When our rail modernisation programme is complete, the North will be one of the best connected regions in Europe. And people will have the fair tickets they need to use it.

I’ve made it my aim to ensure every train that leaves from one of the North’s historic stations be comfortable, punctual and reliable not only for the outward journey but – perhaps pertinently this summer – when it’s coming home too.