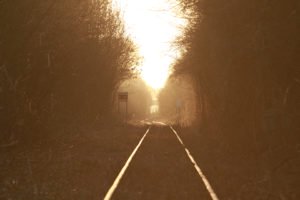 Levelling up the North of England doesn’t just mean investing in major cities. It’s crucial that we also reinvigorate towns and communities which have been left behind, so they can share the benefits of economic recovery after COVID.

That is why today I’m announcing £34 million investment to start work to restore the Northumberland rail line between Newcastle and Ashington, which was closed to passengers in the 1960s as part of the notorious Beeching cuts.

Ashington was once known as the ‘world’s largest coal mining village’ with a bustling economy, and excellent rail connections to the wider Blyth and Tyne network, and East Coast Main Line. But the loss of rail services hit it hard. Since the final train carrying passengers rolled out of Ashington in 1964, South East Northumberland has struggled to attract jobs.

By reversing the Beeching cuts, we can put forgotten communities like Ashington back on the map. As well as Ashington, the restored Northumberland Line will also see new stations opening at Bedlington, Blyth Bebside, Newsham, Seaton Delaval and Northumberland Park, along with upgrades to the track and level crossings along the route.

It will provide reliable and regular services for passengers travelling to Newcastle and beyond, reduce congestion on local roads, and significantly boost the economic potential of the area.

A good example of that potential is Britishvolt, which has chosen Blyth as a preferred location for its planned new electric battery gigaplant. If developed, this plant would be a major boost for the area, creating up to 3,000 direct jobs and another 5,000 in the supply chain and creating the batteries needed for the next generation of electric vehicles.

As one of the largest such factories in Europe, it would be capable of producing more than 300,000 batteries a year. The revival of rail services on the Northumberland Line can only strengthen the viability of new business investments and, I hope, encourage many more.

The North East is benefitting from a wide programme of transport improvements – both big and small. Last summer a new station opened at Horden in Durham after it too had fallen victim to Beeching’s axe over half a century ago.

Darlington station is soon to receive a makeover as well, with work expected to be completed by 2025 – the bicentenary of the original Stockton to Darlington Railway. Elsewhere, we’re delivering £700 million over five years to improve the North East’s strategic road network, and last year’s Budget included £95 million to continue upgrading the Tyne and Wear Metro.

After an incredibly tough year, these investments will help the North East recover from the virus. With so many blue-chip employers – including Hitachi, Nissan, Siemens, GlaxoSmithKline and Caterpillar – the region has vast potential, particularly in new industries like green energy.

The Port of Tyne has been selected as the base for the world’s largest offshore wind farm at Dogger Bank, capable of powering up to 4.5 million UK homes. As a result, we’ve chosen Tees Valley to become a trailblazer for hydrogen transport, paving the way for a new generation of hydrogen buses, trucks, trains, planes and ships.

Whereas proximity to London has often been seen as providing an economic advantage for investors, in fact, it’s the North East’s strategic importance at the other end of the country that will spearhead its growth in the future.

With its world-class ports and airports, rapidly improving roads and railways, skilled workforce, first-rate universities and colleges, and affordable property prices, it offers outstanding prospects for growing businesses. And through schemes like the reopened Northumberland Line, we can spread the benefits of growth much more widely across the Northern Powerhouse.

Meanwhile, on the other side of the Pennines, we’ve just launched a consultation asking passengers for their views on how best to further improve the performance of Manchester’s railway.

The consultation provides three options to re-organise services to increase punctuality once passengers return in greater numbers after COVID. Each option could affect different rail routes and their access to Manchester Oxford Road station, Piccadilly station and Manchester Airport.

The city’s rail network has undergone a transformation since 2010 with the electrification of lines to Liverpool and Preston, the upgrade at Victoria Station, construction of Ordsall Chord, and the extension of Metrolink to Manchester Airport and Trafford Park. Passengers are also seeing the benefits of new trains across the Northern and TPE networks.

But there’s still a bottleneck in central Manchester causing congestion and delays. And it needs sorting. So we’re urging rail users to take part in the consultation and help us run a more dependable timetable once passengers return to regular travelling.

Finally, I spotted that Transport for the North had suggested it was subject to funding cuts during the next financial year. What TfN didn’t mention was that it already has the cash as it didn’t spend last year’s money, in part because of the impact of coronavirus. In the next financial year, they will have access to over £70 million of funding, the majority of which will enable further development of Northern Powerhouse Rail.

In addition, I have announced hundreds of millions of pounds of spending across the north since I’ve become Secretary of State. Rest assured that we will continue working directly with northern leaders as we accelerate our transport programme to level up the Northern Powerhouse.