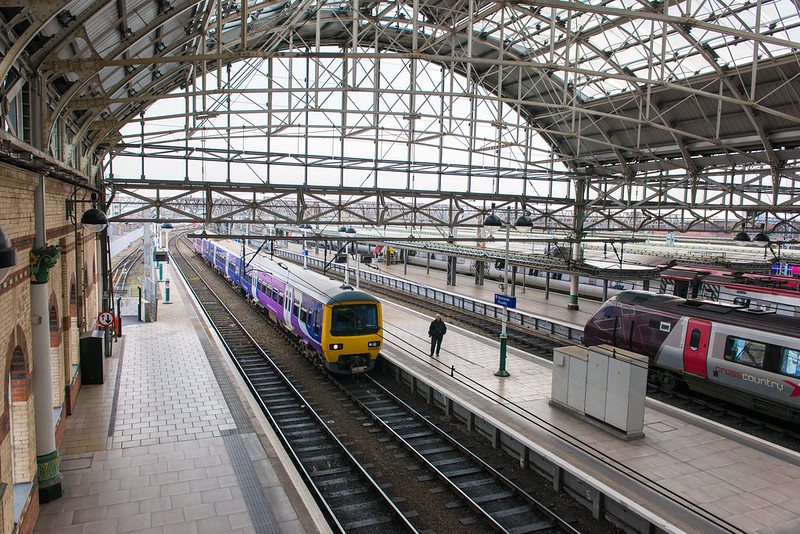 When our Integrated Rail Plan came out last month, it set two records. The first was for the amount of public money spent on railways – a whopping £96 billion – every penny of it being spent in the Midlands and North, supporting connectivity and creating new links regionally and to London. The second record was for political rhetoric, as some political opportunists competed to trash the IRP in the most over-the-top ways they could possibly dream up.

So a package worth £96 billion was described by Steve Rotheram, the mayor of Liverpool city region, as “cheap and nasty” and by Sir Keir Starmer, the Labour leader, as “crumbs from the table.” If Sir Keir thinks £96 billion is crumbs, I’d worry how he’d ever deliver for taxpayers across the country.

We can’t spend all our money on railways, so not everyone got everything they wanted. But it was factually wrong for certain mayors and naysayers to condemn the IRP as merely “minor upgrades to the existing network.”

Now, arriving right on schedule, we’ve introduced a new direct service from London to Middlesbrough using gleaming new trains which utilise electric wiring for a greener journey. It’s great news for the environment, pushes on with our pledge to level up, and is a major boost for this great northern region.

It’s not the only bit of good news for the North East either, but follows hot on the tail of news of 2,500 jobs with rolling stock contracts being announced for both Hitachi and Alstom, delivering coveted opportunities at their bases in Newton Aycliffe and Litchurch Lane, respectively. It’s these kinds of investments in the North and the Midlands that make gloomy coverage of the IRP so disingenuous.

In almost every case it will deliver the same, similar or better journey times across the Pennines, and to London, as the original plans. With the new lines, and the widening and digital resignalling of the existing ones, it will double or treble capacity.

Yet all this was described by one columnist as “the 21st century equivalent of the Beeching line closures,” and by Steve Rotheram as “a service that could have been promoted by Gladstone in the Victorian era.” But these doom mongers are wrong. Did the Victorians get you from Leeds to Manchester in 33 minutes?

As the dust settles, though, it’s clear that the fury of some in politics and the media is simply not shared by communities right across the North and the Midlands. Big-city politicians may have become advocates for high-speed rail above all else. But by more than six to one, polling shows that Northern voters prioritise better local rail or bus services over new high-speed lines.

The IRP, unlike the old plans, gives you both. That means it will be better for everywhere, not just the largest cities. The old plans meant places like Wakefield, Huddersfield, Dewsbury and Doncaster would have seen no real improvements, and in some cases their services would have gotten worse! As you may not have read in the media coverage, the political leaders of several of those places welcomed the IRP despite the protestations of their relative parties.

Our plans also mean improvements will be much quicker to begin. High-speed rail lines would not have reached the North until the 2040s – so those demanding we stick to the old plans were effectively condemning the North to get nothing for twenty years.

That being said, work on the first of our major upgrades – to the Trans-Pennine Main Line – has already begun! Preparatory and resilience work at the far east and west ends of the route, York and Manchester respectively are well underway. Steelwork for overhead lines have been erected to enable electrification all while bridge reconstruction, track renewal and resignalling works taking place. We will continue to work over the festive period to help deliver frequent and fast trains, line speed increases and the performance improvements that these Northern communities deserve.

Some have said that with passenger numbers still well below their pre-covid levels, and many other calls on spending, we should not invest in the railways. We utterly disagree. At a time of deep challenge for rail, the IRP is the largest-ever vote of confidence by government in the railway. That is why some of the reaction to it was, at best, ungenerous. In the end, though, it is delivery which will count, and we are happy to be judged on that.