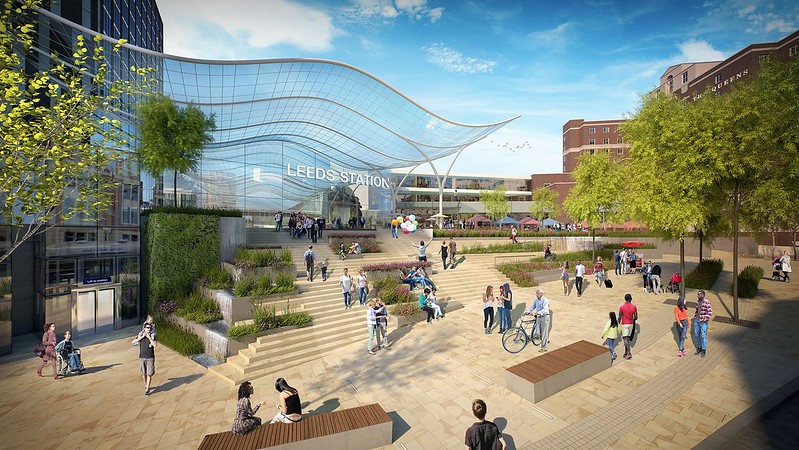 Dealing with criticism is part and parcel of running Britain’s railways. People hold passionate views about how train services can be managed and improved, and I welcome all opinions, as long as they are informed and constructive. However, when they are spectacularly wrong, politically motivated, or likely to mislead the public, then it’s my job to set the record straight.

Last month I responded to the absurd comments of Steve Rotheram, mayor of Liverpool, who described our new £96 billion Integrated Rail Plan (IRP) as “cheap and nasty”, and Labour leader Sir Keir Starmer, who claimed it was “crumbs from the table.” I thought it important to remind passengers that the IRP is the single biggest rail investment in UK history, and it’s completely focused on bringing benefits to the North and Midlands. Those remarks demean a project which is critical to the North’s future, and to attracting investment in the region’s economy.

Then last week I read that Transport for the North is warning passengers that IRP will cause widespread disruption on the rail network for the next 10-15 years. This time, at least, there is some factual basis for the criticism. Yes, when you spend £96 billion, build 110 miles of new high speed line, electrify a further 180 miles of track, and extensively upgrade 400 miles of other routes, then I think the travelling public understands there may be some disruption involved.

But I want passengers to know that the Integrated Rail Plan is intended to minimise disruption to communities, and deliver benefits as fast as possible. The old blueprint drawn up by TfN, would have meant more disruption to communities and businesses in the middle of Manchester, Warrington and Bradford – and indeed through South Yorkshire. So please, let’s get things into proportion. We are already getting on with the task at hand, taking advantage of the quiet period over Christmas to take forward work on the Transpennine Route and the Midland Main Line.

Despite this, South Yorkshire Mayor Dan Jarvis decided to ratchet up the rhetoric by saying: “What we’re facing in the North is years of chaos and delay on our railway network because of a complete failure to invest in new lines and because of the Government’s attempt to do everything on the cheap.”

No Dan. What we’re seeing is the first integrated and committed rail investment plan for the North of England since the Victorian era – the first time any modern government has taken action to reverse decades of declining train services across the North. And not just between major Northern cities. The work will double or even treble capacity on many key routes, radically improving journeys for people in towns like Wakefield, Dewsbury, Huddersfield and Doncaster. South Yorkshire will see the same HS2 service it was always expecting – with earlier benefits from the Midland Main Line electrification.

And we will continue with other ambitious transport plans in the North. Last week saw the completion of the £161 million upgrade to Leeds Station, the first phase of a bigger programme to create a thriving transport hub for the city. Among the improvements are new tracks, a new concourse and longer platforms, so that more services with extra seats can be introduced, together with a more spacious and modern station. Once Northern Powerhouse Rail is built trains will link Leeds with Manchester in just 33 minutes, saving 22 minutes on today’s journey. The trip to Birmingham will be almost half an hour quicker.

Frankly, the irrational comments of a few people seeking to undermine Government investment in the North will make no difference to their success. We are utterly committed to levelling up, and that’s what we’ll deliver.