An update from the Northern Powerhouse Minister 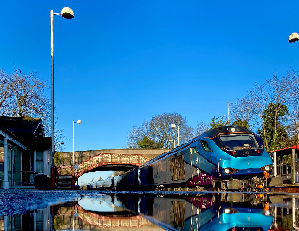 We cannot deny that these are difficult and dark times. With much of the North having lived under the highest levels of alert due to this unprecedented pandemic, and with tougher measures set to come into effect across the country, our focus is on controlling this virus and protecting lives and livelihoods.

But we have never lost sight of our commitment to build back better and secure a brighter and more prosperous future. This means investing billions of pounds to deliver infrastructure, opportunity and millions of jobs, and nowhere is this ambition more apparent than in the North.

Because the North has always been at the forefront of innovation, growth and ideas. Even in dark times, the brightest lights have been lit in the North.

More than fifty years before the London Library was formed, I’d argue it was the Literary and Philosophical Society of Newcastle upon Tyne which played host to the brightest minds and inventions.

It was in the grand neoclassic home of the Lit and Phil, stuffed with rare artefacts and exhibits – including this country’s very first specimens of the wombat and the duck billed platypus – that George Stephenson (who was also a great rail pioneer) demonstrated his Geordie miner’s safety lamp, and where Joseph Swan first lit a public room with electric light.

I know the visionaries and entrepreneurs of the North will always be there to illuminate the way forwards. Our challenge now is to fuel them with the resources and powers they need to thrive.

When I took on the role of Transport Secretary, I made sure that my Department would be at the heart of our commitment to level-up the North, with a strong focus on delivering results as quickly as possible.

Since July 2019, we’ve taken control of the Northern Rail franchise to deliver better services, kickstarted ambitious upgrades to the Transpennine rail line and invested hundreds of millions of pounds in the Newcastle Metro.

We’ve launched a £500m scheme to bring back rail connections lost in the Beeching cuts, including the Ashington-Blyth-Tyne line, started work on the £51m A19 upgrade six months ahead of schedule and progressed plans for the £1bn A66 upgrade.

And looking to the future, I have ensured the North East will continue to sit at the forefront of innovation, with Tees Valley driving a green transport revolution as the site for the UK’s first hydrogen transport hub, allowing for the creation of hundreds of jobs.

In addition to our ongoing work on HS2 and Northern Powerhouse Rail, all of these investments will help increase prosperity in the North, by better connecting communities and serving as catalysts for regeneration across the region’s held-back towns and cities.
Last month, the Department for International Trade announced 10 Northern Powerhouse investment champions to attract business to the region. The Ministry for Housing, Communities and Local Government recently called on councils across North Yorkshire and Cumbria to submit proposals to set up unitary authorities, and has announced that towns including Blackpool, Barrow-in-Furness, Darlington and Warrington will share £108.9m in Town Deals to help businesses and communities thrive.

These announcements are particularly important as – while we continue to invest in the North – we know that for the region to realise the entirety of its potential, some powers and decision-making must be taken out of Westminster and into the communities themselves. In my recent speech at the Great Northern Conference I made clear that the Northern Powerhouse must be owned by the North. We are taking action to ensure it has the tools and responsibilities it needs to do this.

Over the past four years we’ve seen Greater Manchester, Tees Valley, Liverpool, Sheffield and the North of Tyne elect their first metro mayors, while the people of West Yorkshire prepare to vote for theirs in May 2021. This means that in seven months’ time, 60% of the North will be represented by metro mayors – a clear display of this Government’s commitment to putting power back into our communities.

I honoured this commitment myself in July when I established the Northern Transport Acceleration Council, giving local elected leaders a direct line to Ministers to hold us to account and ensure the swift delivery of projects their regions are crying out for.

Speaking at the Great Northern Conference recently, I was reminded of the Lit and Phil of Newcastle. Surrounded by so many people dedicated to realising a shared goal of a vibrant, prosperous and well-connected Northern Powerhouse bursting with opportunity. It is my job to drive this agenda at an even greater pace.

And let’s be clear – the pandemic has meant there has never been a greater need to deliver for the North. As we battle through dark days, I am determined that we back the North, and ensure it realises its bright potential.