WHY WE’RE NO LONGER TAKING COALS TO NEWCASTLE 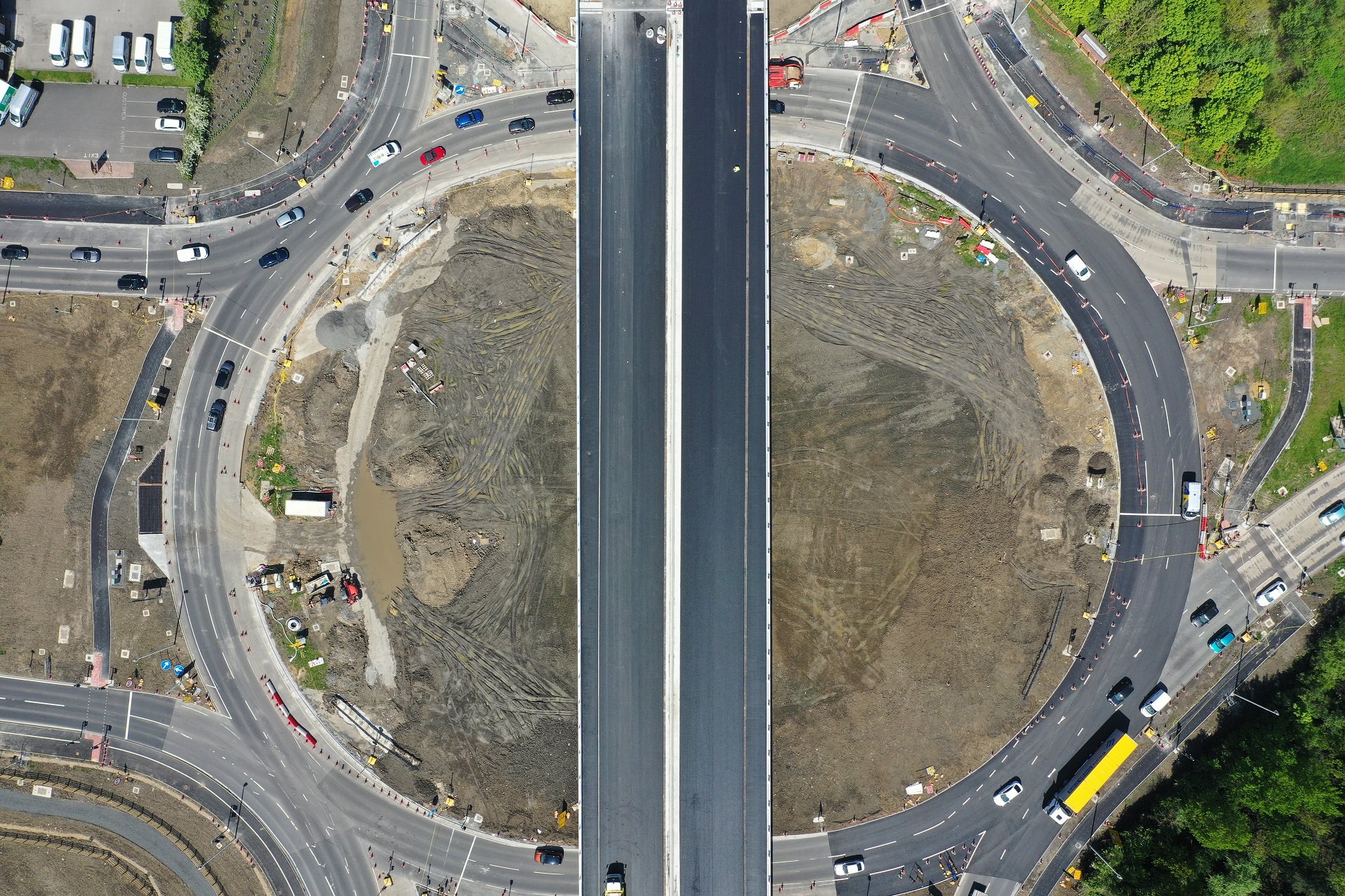 Uniting two of the great cities in the north-east, Sunderland and Newcastle, has not always been easy.

Any Mackem or Geordie will tell you it’s a longstanding, passionate and fierce rivalry. And historically, fuelled by fuel.

In fact, it was this country’s long-favoured fuel – coal – that led to so great a divide in 1642 that the two historic coal ports went warring at the Battle of Boldon Hill. The battle raged primarily because of the preference and privilege afforded to Newcastle’s coal traders by King Charles 1st – those were the days when coal ruled the roost.

But today, the pitched battles are more usually confined to St James Park or the Stadium of Light. And a mere stone’s throw from that battlefield in Boldon, the new £130m A19 Testo flyover has just been opened.

It not only has the potential to revolutionise links between the two cities, but arrives as our sights are firmly set as a country on decarbonising transport for good.

While the A19 is rather less well-known than the A1 it runs more or less parallel with, it is no less important to the region, serving the heavy industry and boosting the economy of the bustling nearby ports.

Over the last half century, the A19 has transformed from a single carriageway road linking seaside towns to a modern dual carriageway connecting 21st century urban areas. This has brought both economic and visual change to the North East.

This is no more so the case than with the new flyover. Built by a workforce made up of 60% of workers from the local area, it will provide safer, more reliable and free-flowing journeys while boosting the region’s growth – helping to strengthen and level up the economy in the North East as we Build Back Better from the pandemic.

Work began on the installation of the Testo’s flyover back in March 2019, in an effort to tackle the heavy traffic which has blighted the junction, and is predicted to deal with 83,400 vehicles every day by 2033. New link roads are also being built between Downhill Lane and Testo’s, aimed at boosting journey times, as well as providing new facilities for pedestrians, cyclists and horse riders.

The upgrade at Testo’s is one of 69 major improvement projects across England’s motorways and major A roads that we have committed to deliver by 2025 – and I am often asked how I square this road-building with our plans for decarbonisation of our road network – as set out this week in the Transport Decarbonisation Plan (TDP).

And the truth is that roads are not just for cars, they’re for buses and coaches and bicycles and so we need roads – we’re never going to get rid of roads. Indeed, what the investment in the A19 Testo reflects is the importance of our roads.

That is why our green print for decarbonising transport, the most ambitious of any major country, is so vital.

In November, we announced the phasing out of new diesel and petrol cars and vans by 2030, and, from 2035, all new cars and vans must be zero emissions at the tailpipe. This week we also committed to consulting on setting phase-out dates for all non-zero emission road vehicles, with 2040 as a backstop.

This means, for the very first time, a major country has set out a plan for a time when every vehicle on the roads will be zero emission.

And I want the North East to be at the forefront of it. Just two weeks ago Nissan, whose new electric Leaf model is being built at the Sunderland plant, recently announced a major expansion of battery production in the region creating thousands of new jobs both directly and in the supply chain.

This expansion of battery production is so welcome because it is paramount to closing the gap when it comes to the pricing of zero-emission vehicles – that’s why we’ve made taxpayer money available to ease the process.

I know some will see the decarbonising of our road network as a change too soon, and too suddenly – but the truth is that transport is always changing. Our job is to ensure it changes for the better.

While I can’t speak for the relations between their football teams, I know that physically Sunderland and Newcastle are better connected than ever before thanks to our investment in the A19.

And in fact, thanks to the TDP, just like the Battle of Bolden Hill, taking coals to Newcastle will be a thing of the past as well.